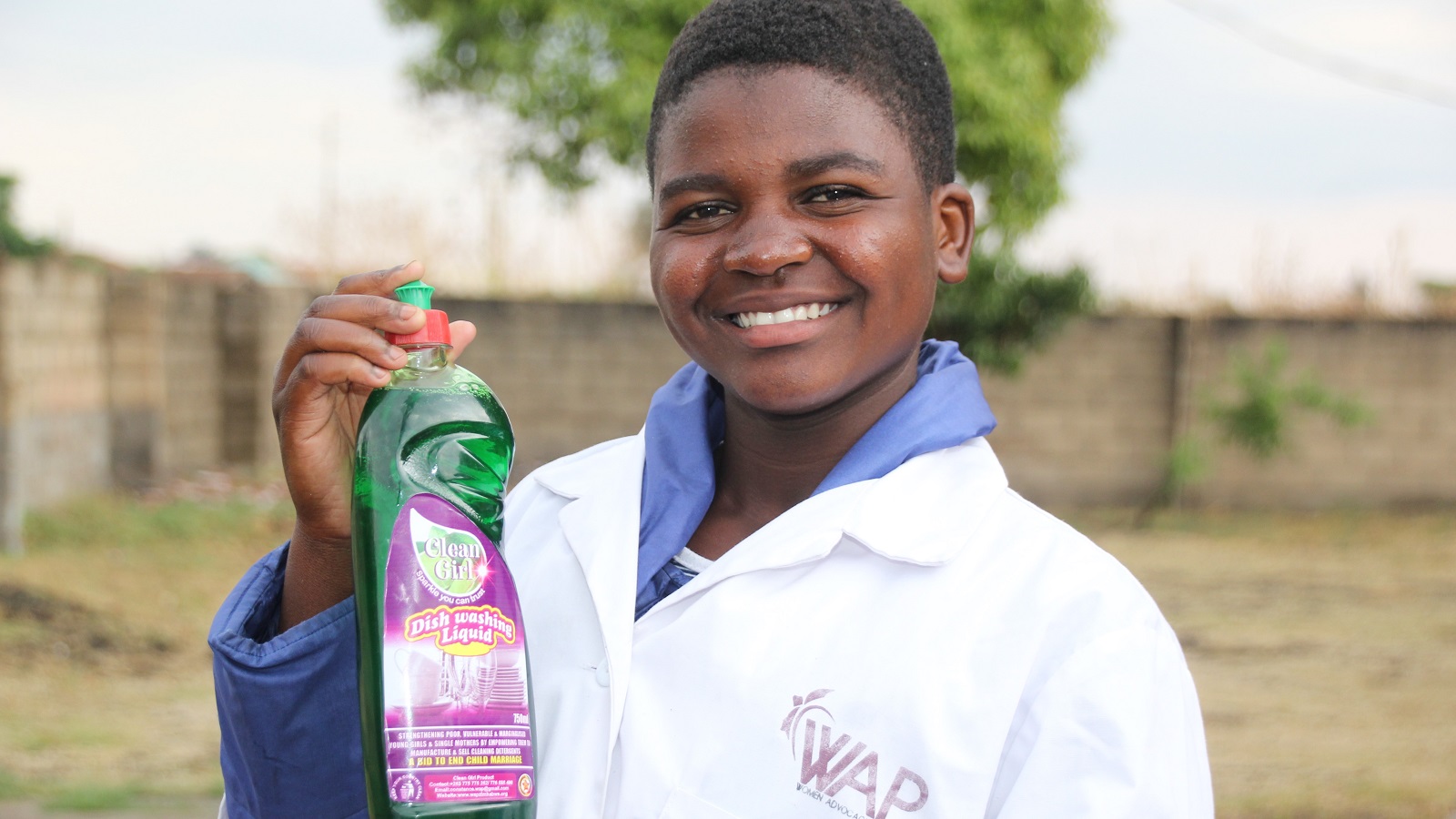 The goal of Women Advocacy Project (WAP) is to promote and protect the rights of vulnerable and marginalized women and girls in communities and to fight and reduce poverty, which is a major driver of child marriage.

Zimbabwe has been in economic decline since late 1990s, and the unemployment rate is estimated at above 90%. Women and girls have been most affected by this crisis. This situation is causing child marriage to increase. According to UNICEF, UNFPA and the Zimbabwe National Family Planning Council (ZNFPC), one third of all girls in Zimbabwe marry before the age of 18. Statistics shows that approximately 500,000 teenagers fall pregnant every year and that 19% of the pregnancies are a result of child marriages due to poverty.

The Using Soap to Empower Girls in Zimbabwe project’s goal is to empower 60 young women and girls in Eye Court community by training them to produce and sell all-purpose soap. There is a big market for soap in poor communities, particularly as the COVID pandemic calls for much hand-washing.

Do you have questions?

I want to make a donation to the New Life Fund

Analytical cookies are used to understand how visitors interact with the website. These cookies help provide information on metrics the number of visitors, bounce rate, traffic source, etc.